Matthew 13 is the beginning of Jesus' parables. The majority of these parables help us understand the nature of God's Kingdom as well as the exclusivity of God's Kingdom. At the end of these parables, we should be left with a sense of gratitude that we have been included as well as a sense of responsibility to see as many others included as possible. 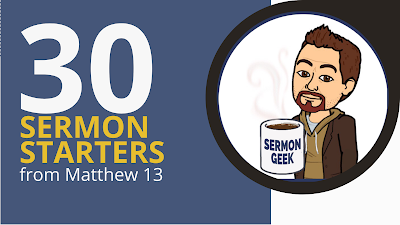