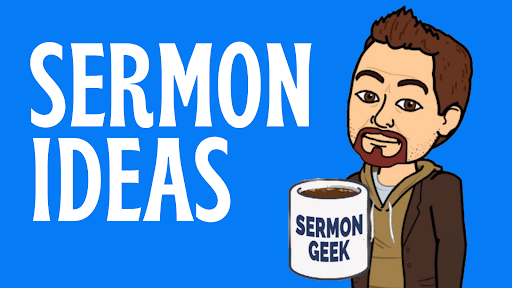 1. The events of Jesus’ birth were foretold by the prophet Micah (700 years before Jesus)

2. The events of Jesus’ birth were foretold by the prophet Hosea (750 years before Jesus)

3. The events of Jesus’ birth were foretold by the prophet Jeremiah (600 years before Jesus)

4. The events of Jesus’ birth were foretold by the prophet Isaiah (700 years before Jesus)

* Europeans had just discovered the Western Hemisphere. The existence of America was still hundreds of years away.

* Henry VIII was king of England.

* The printing press had just been invented.

* The Protestant Reformation was just underway.

* The shape of the earth and motion of the solar system were just being discovered.

Imagine if during this time, someone predicted with great detail the birth of a child this year and included where he would be born, a political response to His birth, where his parents would take Him after birth, and where he would grow up. We would consider this miraculous, and virtually impossible.

How to avoid going crazy.

Herod’s activity in Matthew 2 can only be described as that of a madman. Commanding the slaughter of infants is something no sane person would do. Throughout the course of the chapter, we can see several decisions and character traits of Herod that help us understand why He was mentally unstable.

1. Herod tried to ACQUIRE instead of ADMIRE.

1. Rather than join the Wise Men in worshipping the new King, he sought to get His hands on the King so that He could hold on to power.

2. When other people own or receive something you wish you had, you must choose whether to share their joy or be jealous of their blessing.

3. The 10th commandment is the only one that deals with the heart. God understands that when we covet in our heart, we eventually will lie, steal, kill, etc. with our actions.

2. Herod chose to COMPARE instead of COMPLIMENT

1. He esteemed Bethlehem as lesser than Jerusalem (He never would have killed the children in Jerusalem).

2. He esteemed his own thrown as greater than Jesus’.

3. Comparison is an action that always leads us in the wrong direction.

1. Comparison sometimes causes pride as we compare ourselves to others in order to feel better about ourselves.

2. Comparison sometimes leads to shame and despair as we compare ourselves to others we deem to be our superiors.

3. Comparison sometimes leads to jealousy and discontent as we compare ourselves to others who have “more” of what we want.

3. Herod chose to GET instead of being GRATEFUL

1. He knew that the coming of the Messiah was foretold by Scripture and was therefore a gift from God.

2. Rather than be grateful for God’s provision, he chose to violently seize what God had not given him.

3. When we don’t spend time saying “thank you” to God, we will eventually spend time taking for ourselves.

God has given us everything we need. Anger, hatred, rage, and even imbalance are often the result of being obsessed with what God has not given us instead of being grateful for what He has provided. The more you look at what you don’t have, the lower your spirits will sink.

Take an inventory of everything God has given you. Begin and end every day with gratitude.