4 Bible Passages That Speak To The Coronavirus Debates

I'm not settled. But here are some of the Bible passages I'm chewing on as I consider my position on the myriad of issues surrounding COVID19 and my response as a Christian and a pastor. 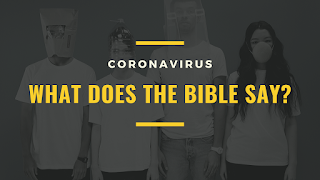 The Tower of Babel in Genesis 11.

All the people of earth were unified in their pursuit of a common goal. Driven by scientific and technological advancements, they planned to make a name for themself. At the core of their efforts was their assertion that they could solve anything on their own. They no longer needed God. Is COVID19 reminding us that even if we all unite, we are still not omnipotent and we are still vulnerable?

The Parable of the Talents in Matthew 25.

Everything God gives us is to be used for His kingdom and His agenda. Are we, as God's stewards, rising up the challenge of COVID19 and using this opportunity to double our kingdom influence? Or, are we in fear hiding the talent we have been given?

Jesus Calms The Storm in Mark 4.

My favorite piece of this story is that Jesus knowingly brought the disciples into the storm specifically so that they could see Him bring them through the storm. No storm (or virus) is beyond His control. "Peace, be still" is all He needs to say. He has brought us into this storm. He will bring us through it.

On two different occasions, Paul used his status as a Roman citizen to more efficiently accomplish his mission. On one occasion, he avoided further imprisonment and on the other occasion, he utilized an appeal process to get to Rome. Certainly these passages are primarily descriptive, however, should we consider whether or not they speak to how we use the privilege of American citizenship? Is it ever okay for an American Christian to assert their constitutional rights (when they are being impinged)?
Email Post