Let Not Your Heart Be Troubled

Research confirms that anxiety, stress and depression are at an all time high. People (maybe you) find themselves at the point of despair far too often. Fear, worry, concern, uneasiness, tension and nervousness have become defining words. On any given day, as many as half of the people you encounter have troubled hearts.

Perhaps you have a troubled heart? 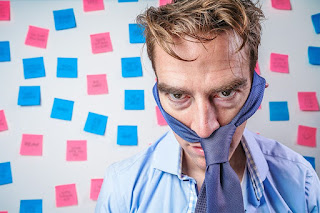 I think the number one reason our hearts are troubled is that we estimate the moment we are in is far more meaningful than it actually is.

When you hear the name "Job", you think of suffering don't you? He was a guy whose heart was certainly troubled, right? Scholars estimate that the suffering of Job, as described in the Bible, lasted between 9 months and a year. I can imagine that in the middle of that moment, Job's heart was heavy.

But do you know what the last two verses of Job say?

That expression "full of days" is similar to what we mean after Thanksgiving dinner when we say, "I'm full." It hints at satisfaction, pleasantness or contentment. Imagine that. Once Job made it through the moment of suffering, he experienced a full and content life. The moment wasn't nearly as meaningful as it felt.

Whatever is going on around you today, let not your heart be troubled. This too will pass.
Email Post