The More Quickly You Judge, The More Likely You'll Be Wrong

What I saw was one team with several large players who appeared confident and coordinated. Their warm-ups were crisp, they were well-organized, their uniforms were sharp. By all appearances, they were the better team. Their opponents were much smaller. Although their jerseys were the same colors, they sported a variety of shorts and socks. They were disorganized and didn't even appear to know or like each other. 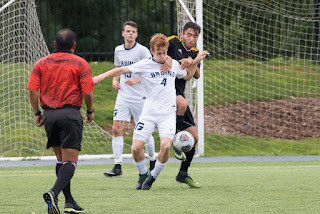 I don't remember the final score, but it wasn't close. The small and disorganized team ran circles around the favorites. They dominated from beginning to end. I was wrong because I was deceived. I was deceived because I judged merely on appearance rather than waiting to observe the teams' skill level.

In John 7, Jesus told the crowd to stop judging based on appearances. They misunderstood Jesus because He didn't fit with their previous experience. They were unable to comprehend who He was because they were unwilling to consider they might have been wrong about something in the past.

Today would be a great day to reconsider your assumptions about people around you. I bet you will come into contact today (or this week) with a few people you may have judged wrongly. Reconsider why you feel the way you do about them. Choose to give them room to change (or change your opinion about them). Stop judging them by what you think you have seen and start getting to know them a little more intimately. You might be surprised!