But I Deserve It!

December 06, 2018
How do you respond when you don't get what you have earned? Do you get angry? Do you hide and sulk? Do you get revenge? Our own sense of what we deserve is strong and often drives us to unexpected places when violated.

We don't know much about Joseph. Based on what we do know, we can draw some conclusions and paint a picture of the man we think he might have been.

Joseph was an unassuming carpenter in a sleepy town. He likely had no aspirations of ever leaving. Joseph eschewed the spotlight, he probably preferred a simple night at home sitting around the fire with friends and family. He was looking forward to marriage and a quiet life with his bride.

He worked hard. He had earned a quiet life. He deserved it. 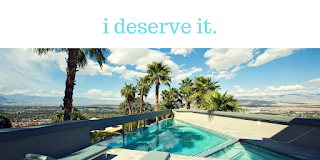 Instead, his fiancé got pregnant. She claimed it was a miracle. He wasn't so sure until an angel visited Him. Her child was going to be the Messiah. He was going to save the world from their sins (Matthew 1:18-23). This was Joseph's new normal.

His wife would never really be his. She would always be somewhat devoted to her firstborn. His oldest son would be the subject of gossips and whispers. His own children (he likely wondered if he would ever have any) would always have a stigma attached to them because of their brother. In Joseph's mind, this was not what he had earned. It was not what he deserved.

What would you do?

"When Joseph woke up, he did what the angel of the Lord had commanded him and took Mary home as his wife." (Matthew 1:24)

You may not have been visited by an angel last night, but you likely have an area of your life which requires a higher level of obedience to God. Perhaps you have delayed because of the possible consequences. Perhaps you believe your time and energy is better spent on your own agenda.