Honor is not earned. It is given.

October 17, 2018
When you think about the idea of "honor", you probably think about people who deserve to be honored because of what they've done. We honor our sports heroes who win championships. We honor the high-achievers who win spelling-bees and robotics competitions. We honor musicians who entertain us with hit songs.

We rightly honor our veterans who were willing to give their all to ensure our well-being. It is good and appropriate for us to often honor the sacrifices made by those who served our country. 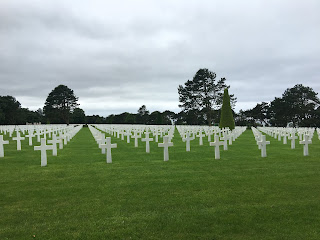 Most of the time, we honor those who have earned it through their actions. However... God also expects us to honor people, not because of what they've done, but because of who they are! Paul writes in Ephesians 6:2:

“Honor your father and mother” (this is the first commandment with a promise).

Paul expects people to honor their parents, not because their parents have earned it, but because they have been appointed by God to that position of authority, responsibility and accountability.

We all have people in our life that may not have earned our honor/respect/value, yet God expects that we honor them because He has placed them in a position of authority over us. They might be a teacher, a boss, a manager, a police officer, an elected official, a coach or something else. If they are in a position of authority, God has allowed them to be there and He expects us to honor them.

As long as they are not leading you into sin, are you willing to demonstrate honor to them as you would to Jesus? This is a tougher challenge, isn't it? But it is a key element of living the Jesus-life. I hope you'll give it a try.