Some animals were made to be ridden. And some were not.

May 10, 2018
Rarely does a day go by when I don't see an animal cross the road in front of my car. In Michigan, it is often a turkey. In Ohio, it is often a goose from Canada. Occasionally, this gets me thinking about how roads have impacted the population of animals like deer, rabbits (perhaps you've heard my sermon story about the indecisive rabbit and my old Honda Accord), turkeys, geese and squirrels.

Without re-tracing my entire thought process, I'll simply say I've concluded that we may have gone wrong when we started harnessing animals. While the invention of the wheel was a great thing, The choice to use animals to pull us around (initially the two reasons were conquest and commerce; one could argue both are greed and self-driven) seems to have been where we really lost the symbiosis between human and creation

(okay, so we lost it at the fall, and whole carnivore vs. human thing didn't help, but stay with me here) 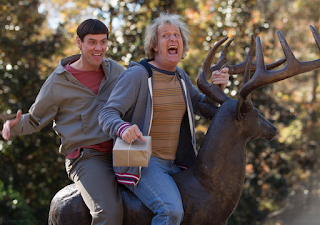 Now... what I'm NOT saying is that we should not use animals for transportation. I just don't think we should harness them. It's clear to me that some animals were created to be ridden. You can't help but notice the obviousness of this if you simply observe the animals. So, here are two lists for today. The first is "Five Animals Made to Be Ridden". The second is "Five Animals You Really Shouldn't Ride".

FIVE ANIMALS MADE TO BE RIDDEN:

1) Horses. (duh)
2) Camels. (the duh of the middle east)
3) Mules. (I know, they're part horse, but there are enough of them to warrant their own spot on the list)
4) Centaurs.
5) Deer. (Mostly for light people, but they have built in handles)

1) Bears. (piggy-back rides are for humans only)
2) Giraffes. (Horse-like shape is deceiving, but too far a fall to safely ride)
3) Dogs (another deceiving horse-like shape, but with most breeds, your feet will drag a little too much to make it worth your time)
4) Cheetahs (very fast, but hard to stay on)
5) Squirrels (i feel like this is a duh as well)

I hope you'll find an opportunity to apply this truth to your life today.