We Need A President Everyone Can Support

April 19, 2018
I was search through old files looking for some thoughts on Ecclesiastes. I came across this blog post from 2009. Nearly a decade later, it seems strangely appropriate and timeless.

This was printed in the Fruitport paper. It's an essay by Liam entitled:

If I Were President 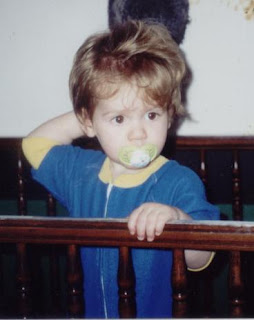 If I were president I wouldn't let people who aren't in charge fire people. Smoking would be illegal because smoking can kill. I might spend time experimenting and helping other scientists. And the Iraq war is over, but I want some Iraqi people to be happy for our help. I'd pray for them every day. I'd try not to make a second Great Depression. Soon, when I get the feel of being president I'd explore justice to my country. If there's a war, I'll try to settle it with kindness. Maybe we just misunderstood each other. But if we must have a war, I'll pick a general who is wise and honorable like George Washington, troops who will listen to their general and who will do their best. When the war ends, it might be time for me to leave office. I might get elected again. I'll do the same thing. But then it will be time for me to go. I'll be an old man by then and I hope some day somebody will say, "Wow, what a great president Liam David Rudd was." This country is a great country.

- It took me a minute to figure out what he meant by the first sentence. I'm pretty sure he's referring to the labor union's co-opting personnel decisions from management. (really.)

- His desire for a legacy was a bit surprising, but clearly common to man (read Ecclesiastes).