Is it even possible to find or know God?

This is from J.M. Boice's Foundations of the Christian Faith in which he quotes Os Guiness' The Dust of Death: 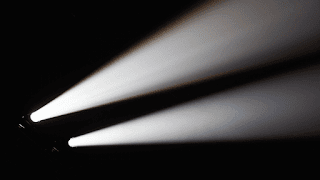 "In The Dust of Death Os Guiness makes this point by describing a comedy skit performed by the German comedian Karl Vallentin. In this routine the comic comes onto a stage illuminated only by one small circle of light. He paces around and around this circle with a worried face. He is searching for something. After a while a policeman joins him and asks what he has lost. 'I've lost the keys to my house,' Vallentin answers. The policeman joins the hunt, but the search eventually appears useless.

'Are you sure you lost it here?' asks the policeman.

'Oh no!' says Vallentin, pointing to a dark corner. 'It was over there.'

'Then why are you looking here?'

'There's no light over there,' answers the comic.

If there is no God or if there is a God but the failure to know him is God's fault, then the search for knowledge is like the search of the German comedian. Where the search should be made, there is no light; and where there is light there is no point in searching. But is this the case? The Bible declares that the problem is not God's but ours... God can take, and actually has taken, steps to reveal himself to us, thereby providing us with the missing key to knowledge."
Email Post