Immigration and School Shootings Are Not Problems That Cannot Be Solved

WHY DON’T THEY SOLVE IT?
Most problems require more than one solution because it is the complexity of the situation that has made a problem. Most problems have a presenting and immediate symptom, a long-term pattern which is unhealthy and a mess that needs to be cleaned up.
Over the next few paragraphs I’m going to tease out the three steps needed to solve most problem and then I’ll demonstrate how these three steps should be used to solve some of our countries most “unsolvable” problems. Finally, I’ll share some thoughts on why our elected officials often seem unwilling to address these difficult issues. This is a long post, but I think it will give you some mental beef jerky on which to chew if you make it to the end. 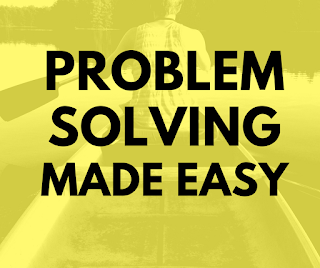 STEP ONE: SOLVE THE URGENT AND IMMEDIATE PROBLEM.

Imagine your boat is sinking. While you may decide it’s time for a new boat and you may realize a need for boating lessons so you can stop running into rocks, neither of these problems are urgent and immediate. In the moment, you need to start bailing water and patch the whole causing you to sink. The reason most problems never get solved is because people are too concerned with long-term fixes or too worried about past causes and they never deal with the present emergency. Before anything else, solve the urgent and immediate problem.

Once you’ve gotten your boat safely to shore, it’s time to start thinking about why your boat sank? Have you been lax in your care and inspection? Have you run aground too many times? Although you’ve solved the initial problem, you must know address the negative patterns in your boating life or else the original problem will return. Too often we find ourselves in a cyclical pattern of defeat because we solve the problem in front of us but never address the habits and patterns which caused that problem.

STEP THREE: CLEAN UP THE MESS.

Having fixed your boating issues, you need to inspect your boat to make sure there is no long-term damage from your near-sink experience. When we make a mess of things, a little time spent cleaning up can go a long way to a much smoother future.

Allow me to briefly suggest one example of the three step problem-solving method which could help us address our countries immigration struggles.

SOLVE THE URGENT AND IMMEDIATE PROBLEM.

CLEAN UP THE MESS.

Once policy is clear and the future has been decided, we can begin talking about how to deal with those who are already here illegally. Having this conversation before the first two steps only ensures we’ll be addressing the same issues again in 10–20 years.

I vividly remember Columbine. Marianne and I were getting ready for a sports banquet for her cheerleaders as we watched that horrific event unfold on television. It’s hard to believe that was almost 30 years ago and we haven’t figured out how to stop these shootings. Here’s my suggestion.

SOLVE THE URGENT AND IMMEDIATE PROBLEM.

Simply put, we need to keep evil people from entering schools with guns. Before we talk about anything else, our first conversation should be about how to secure our schools so those who wish to do ill cannot even get in. This might mean walls or fences, it might mean modifying entrances and exits and it might mean more armed security guards. Right now, the only problem we should be trying to solve is how to protect our students.

Once we’ve secured the schools, we should address the systemic issues involved. We can then discuss background checks, improving mental health care, gun purchasing policies and any other contributing issues. We must realize, though, that these are all long term solutions and will not protect students today or tomorrow. I might also suggest looking at more severe punishments for those who commit crimes with guns.

CLEAN UP THE MESS.

I’m not sure what the extent of the mess is in this situation. Certainly we need to deal with the huge amount of illegal firearms in our country. Once we’ve solved the initial problems, we can figure it out.

WHY IT ISN’T GETTING SOLVED.

THE MYTH OF COMPREHENSIVE REFORM.

THE INABILITY TO COMPROMISE.

Our nation is a melting pot. That means lots of people have lots of ideas and not all of them are the same. The constitution was written because those men were willing to compromise. They all realized that they’d all have to give some things up so that they could all have something good.
We all make these kinds of decisions every day. I don’t spend money on a new book, because I’m saving it for vacation. I’d like to have the book, but I want vacation more. Sometimes I go shopping with my wife, not because I like shopping but because I love my wife. I am happy to give up my preference to avoid Ulta if it means the benefit of being with her.
Our leaders don’t compromise… ever. If they would be willing to get together, find the solutions on which they all agree and then decide on solutions with which they may not agree but might work, we could solve these problems and more in an unbelievably short amount of time.

CAN WE SOLVE IT?

Yup. Start modeling in your own conversations, the behaviour you want from Washington.
Instead of arguing to convince others to think just like you, listen to others to determine how you can find common ground.
Instead of posting memes on social media (these do nothing to promote solutions and everything to promote division), ask questions and suggest solutions.
Instead of voting for those who will “hold the line” at all costs, vote for those who are willing to give up a little to get a lot more.
That’s all I have to say about that… and it was probably too much.
Email Post