The 2 Questions I Ask When I Vote

I wrote this on election day 8 years ago. Back then, these thoughts were slightly novel and most felt I was being a bit extreme. They seem a bit more relevant today (all but the "write in Rudd" part at least...).


As you vote today, don't forget to "Write in Rudd"!

Seriously. When I vote, I ask myself two questions to determine if I can give my vote to a candidate. 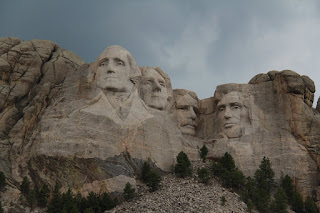 1. Will he/she vote the way I would on legislation?

I don't really pay attention to the specifics of candidates plans. Those are most often empty campaign promises. What I am interested in is the foundational philosophy behind their plans, because that tells me how that person will vote when real live legislation is placed before them. If I don't think a candidate will vote the way I would, they don't get my vote. I do, on occasion vote for a candidate with whom I have a philosophical difference, if I determine the issue at stake is more of a preference issue than a moral issue, the Bible makes this kind of distinction (Rom.14), so I feel like I can as well.

2. Will he/she do more harm than good to the two party system?

I believe the greatest ill in Washington is the two party system. We haven't had a presidential election in which actual issues were at the heart of the candidate's conflict in my memory. Special interests and pork-barrelling run rampant which leads to ridiculous spending because of the two-party system. Senators, Representatives, and Presidents have a greater sense of loyalty to their party than to the people they represent. Therefore, I only vote for those who have demonstrated an ability to be the black sheep of their party, and were someone to pass muster on my first question, I'd be happy to vote for independents. I do think that unfortunately, this election will, in the end, do more good than harm to the two-party system, and that is my greatest disappointment.What do I do when no candidate meets my qualifications? I don't give them my vote. I still vote... but not for them.
Email Post