When You Choose A Leader, Character Matters

In my estimation, we face a presidential election in which neither of the two leading candidates exhibit much more than a shred of character. Perhaps that is overly harsh, which is why I prefaced it with “in my estimation.” 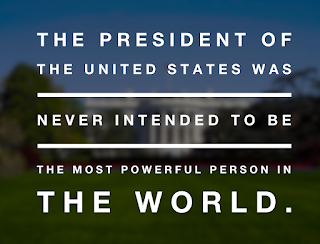 This is neither the time nor the place to go into great details as to why I believe this. Should you wish to research it for yourself, simply listen to each candidate speak about their opponent. You’ll learn everything you need to know about either of them. Check Google, Snopes, or the Washington Post Pinocchio report to figure out exactly what is and is not true.

YOU NEED TO VOTE

I am not writing this to discourage you from voting. In fact, it is the exact opposite. I am writing to encourage you to vote, to advocate, and to get involved in the process. Now more than ever, we need people to be educated and involved at the local levels.

We need a strong Congress. We need strong state governments. We need strong municipalities.
The most effective way to combat an executive who lacks character is to use the checks and balances given to us by the framers of our constitution.

YOU NEED TO VOTE WISELY

Don’t believe the fuzzy mathematicians telling you that to not vote for one candidate is to vote for the other. This is nonsensical, illogical, and just plain wrong. Feel free to go to the polls and not vote for a presidential candidate, but please vote wisely for representatives, for senators and for state and local officials.

The President of the United States was never intended to be the most powerful man (or woman) in the world. The time has come to dispossess ourselves of that myth. The time has come for a strong Senate and a strong Congress who will be a voice crying out for virtue in the wilderness of Washington D.C.