8 Steps to Fix the BCS Mess 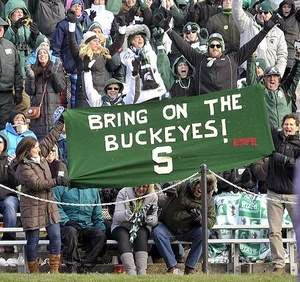 This Saturday, Michigan State and Ohio State will play for the B1G championship. This borders on a "no-win" for OSU. I've already heard "experts" suggesting that if Ohio State doesn't win convincingly, that Auburn should jump them and get into the National Championship game.

A team could win 25 consecutive football games and not play for a national championship because they didn't win by "enough" against another top ten team. Silliness.

Over the past few years, a few things have happened that have clarified some realities about the college football landscapes.  More than anything, these changes have made it really simple to fix the BCS mess.  Here are the big changes:

Traditional bowl games mean nothing anymore.  The Pac10 is going to get left out of the Rose Bowl this year despite having a top 5 team.
Traditional conferences mean nothing anymore.  TCU is joining the Big East and Nebraska is joining the Big 10.
Super-Conferences are now a reality.
Every conference is moving toward a final championship game.
Since these things are now realities, I suggest the following steps to determine a National Championship.

1. Form 8 Super-Conferences.  With 120 teams in the FBS, you need to have 15 teams per conference.  Every conference will be divided into 2 divisions, meaning teams can play 7 divisional games, 1 rivalry game in conference and still have 3 non-conference games.

3. Eight conference championships meet in a playoff.  (if you don’t win your conference you can’t be the national champion) The playoff is seeded similar to the NCAA basketball tournament.

4. Conference Championships are played the first weekend in December.

5. First round of playoff is played the third weekend in December.

6. Semi-finals are played on New Years day (2 of the BCS bowl games).

7. Finals are played one week later (1 of the BCS bowl games).

8. The other BCS bowl game is played on New Years day between the top two second place finishers.  (use your polls and computers to figure this out)  Other bowl eligible teams fill out the bowl schedule. 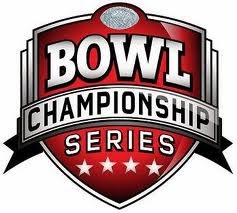 Here are your conferences: (although they’ll look a bit different as each conference will have 15 teams)

Benefits of the sytem: