DEBATE is not a four letter word. (its six if you haven’t already gone back and counted) Sometimes we treat it as a curse word, when in reality, healthy debate can often be the catalyst for the most efficient learning. Unfortunately, healthy debate is rarely found among those who hold different ideas from one another. More often, fighting is more characteristic of those discussions, and sadly this seems to be more prevalent when those who claim to follow Christ are involved.

I've been batting around the idea of what characterizes healthy debate. I think right now I want to suggest three necessary elements (somewhat parallel for the linguistic creativity junkies). These three elements are interrogate, restate, debate. 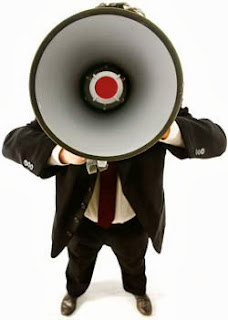 Interrogate — ask, ask, ask. Too often discussions (particularly internet discussions) consist of two people/sides firing a barrage of propositional statements at one another, accomplishing nothing but fortifying their own positions. The first element of productive debate is the process of hearing what the other is saying. This can only be accomplished by asking questions. Here’s a good rule of thumb: "make no declarative statements which aren't preceded by at least one interrogatory statement." (of course your questions must be intended to gain clarity, not to fortify your position or entrap the other person)

Restate — It seems to me that the most effective means of clarifying your counterpart’s ideas is to restate them continually until agreement is reached that you are both on the same page. Even if your goal is to convince the other person that they are wrong (a bad starting point to be sure), you cannot show them that they are wrong until you show them that you understand what they are saying. Here’s a good rule of thumb: "make no propositions until you have stated your counterparts position in your own words to their satisfaction."

Debate — state your point. Do it concisely and precisely. Define your terms. Avoid ad hominem attacks. Don’t overstate. Avoid absolutes unless they are absolutely necessary. Be courteous. Speak less than you listen.

A great Bible verse to guide debates is James 1:19. "let every person be quick to hear, slow to speak, slow to anger".

All that to say, debates whether heavy or light, detailed or general need to be done appropriately if they are to build the body of Christ. This must begin with more efforts to understand the other side before dismissing and dissing. (how’s that for a good finishing line?)
Email Post