We All Need a Little More Failure in Life

March 01, 2013
No long ago Pope Benedict XVI resigned his role as father of the Roman Catholic Church. Now a new "Father" is making his way as leader of the world's largest religion.

Benedict's decision was unprecedented in modern history. He is the first in over 500 years to resign as pope. While health and age certainly played into this decision. I believe Benedict chose this road out of his desire to commit one final exemplary act. He lived out his belief that men wither and glory fades.

1 Peter 1:24 says, "All men are like grass, and all their glory is like the flowers of the field; the grass withers and the flowers fall" (NIV) 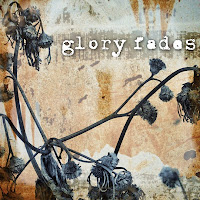 Little in this world is permanent. Even the blessed gifts which last our entire life (marriage), carry an expiration date ("til death do us part). Yet it is human tendency to assume and desire that all good things are permanent. Whether it is a job, a hobby, a stage of life or our children, we have a difficult time letting go. This wont be a popular statement, but I would suggest this reluctance to accept the end of things is sin.

Permanence is a lie of devil. In fact, it was one of his very first ("you shall not surely die"). He must think it is one of his best, because he still uses it today. Most people live the majority of their lives without thinking about their death. One of the most common phrases heard at a funeral is, "I can't believe he/she is gone." Death is unthinkable because Satan has convinced us of the permanence of all things.

We have bought Satan's lie. We believe not only that we will not die, but also that we will not age or wither or fade. Every year, hundreds of thousands of surgical procedures are undertaken to repair the bodily damage of middle-aged men who still think they are high school athletes. The plastic surgery is a billion dollar industry because so many women (and a few men) seek to roll back the clock via a surgeon's scalpal. Every year, corporations fail because the CEO or the President waited too long to step down. This is why Pope Benedict's resignation was so stunning. It was an admission that he was fading. It flew in the face of all we believe about ourselves.

A little over a year ago, I read a book entitled Necessary Endings. The author, Henry Cloud, uses the analogy of pruning to discuss the importance of endings in our lives. He suggests three types of pruning which are all necessary:


1. Dead branches that are taking up space needed for the healthy ones to thrive

2. Sick branches that are not going to get well

3. Healthy buds or branches that are not the best ones

Too often we are afraid to prune or be pruned because we think it means we failed. In our success-obsessed culture, failure is another naughty f-word. As a result, many people hold on to things or continue pursuits or avoid endings because they believe they might possible succeed.

Failing well means ending something that is not working and choosing to do something else better.

We could all do more of that. Pope Benedict reached the pinnacle of his world. There was nothing left for him to do but fail. He chose a necessary ending. Rather than continue to lead when he realized his leadership skills had departed, he chose to be done. Perhaps, it felt to him as a personal failure; but his personal pain certainly spared the Roman Catholic Church a massive amount of pain.

Glory fades. Whether you like it or not, you will wither, fade and die. You cannot control that. You can, however, control how you fade and how you wither. Will you face your expiration with grace? Or will you scratch and claw for one more chance? Or will you cling and grasp for the glory of ages past?