A few nights ago, Marianne and I had dinner with some friends. One of them shared how they had once been part of a church which split over how to handle a group of children from a different ethnic background than the majority of church members.

"Ironic", said I. "I was once in a church which saw a mass exodus over the same issue."

As I thought about this sad commentary on SOME American churches, I recalled this post I wrote many years ago. While it is certainly out of date, I still agree with the same conclusion I reached almost five years ago. Here you go:

In the interest of self-disclosure. I'm not planning to vote for Obama in the general election.

However, I've been observing this whole "bitter Pennsylvanians" thing from afar and have some thoughts.

1) Obama is trying to open the dialogue about race in this country. I don't envy him. Unfortunately, we'll never be able to have open discussions about race or any other issues as long as we have campaigns and journalists who spend all their time focusing on what people should and shouldn't say, rather than on what they actually say.

I'm inclined to say, "He's right." More on that later.

2) I'm bemused at the number of news outlets who are getting away with running only a small part of the quote. What people are seeing more than anything else is that Barak Obama said:


So it's not surprising then that they get bitter, they cling to guns or religion or antipathy to people who aren't like them or anti-immigrant sentiment or anti-trade sentiment as a way to explain their frustrations

Very few people are seeing is the context in which he said this. Before he said anything about people being bitter, he explained why they are bitter. It isn't any surprise the Clinton campaign wants to gloss over this part of the quote:

This selective quoting is just poor journalism and reveals that Fox isn't the only network that is "fair and balanced" in an interesting kind of way.

3) Obama is right. As someone who lives in a Midwest town where the jobs have been slipping away from 25 years or more, I can say with great certainty that a week rarely goes by where I don't hear someone talking about these very issues; blaming immigrants, minorities, or trade policies for the woes of the economy. Obama is right, people in these types of communities are bitter, and I'll go a step further than him, often this bitterness manifests itself in racist/prejudicial attitudes.

4) I'm embarrassed that the church is sometimes a hotbed for this. About a year ago, our church did a "Justice and Mercy" series that really set some people on their ears. I spent hours and hours listening to people lambaste me, our other pastors, and our church because of this series. The stated issues were a lack of Biblical preaching, and a lack of Biblical emphasis in our small group curriculum. 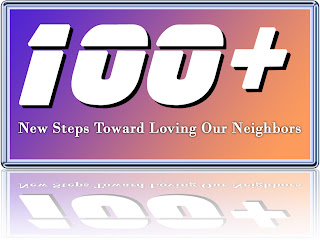 Why am I pointing this out in a post about Barak Obama? Because this is a typical Conservative Christian response when confronted by the sad realities of racism. The real issue that was going on for these people was that they were angry (bitter?) that we had other believers (from churches with prominent memberships of other ethnicities) come to our church and suggest that racism is still a big issue in America. They didn't like that we had two African-American pastors share our pulpit and declare that the church has not been a beacon of light in their community. They were angry (bitter?) that these pastors suggested we need to reconsider our opinions on affirmative action. (fyi, this is not conjecture, this comes from actual conversations i had)

So... instead of looking into their hearts to see if the Biblical mandates toward love, reconciliation, no favoritism, etc. should be applied in the area of race and social justice; they decided this conversation wasn't Biblical, and they left.

Why tell this story? Because this is precisely what is happening today in the media. Instead of evaluating Obama's words to see if they hold up under scrutiny, everyone is feigning offense so they won't have to deal with the possibility that he may be exposing a little darkness in our lives.

It's sad when the media does this.

It's rotten when the church does it.