Breaking Free From Our Evil Step-Mother

You can read the first half of this post here.

Things were different, before we lost our Father. Things were better before we came under the foot of the evil step-mother. 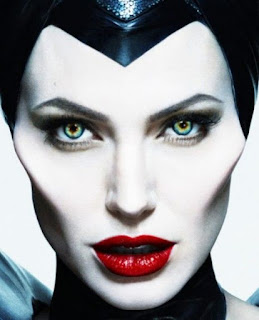 The great villain of Cinderella is the step-mother. She is the cause of Cinderella's misery, and is also the impetus behind the harsh new life that has become Cinderella's reality. By forcing Cinderella into a life of constant menial labor, she has taken away her joy, her purpose, and perhaps on some days her will to live.

I have an evil step-mother.

Our inability to deal with sin keeps us living in a way in which we weren't created to live. Just as Cinderella was forced into menial, unending labor, sin has transformed work from a gift of God into a harsh reality.

When God created the world, he gave Adam the gift of work. Maintaining the garden was a task which was enjoyable for Adam, it was an enjoyable pursuit. Adam could draw a sense of fulfillment and accomplishment from his work. But when we lost our relationship with our Father, sin stepped in and enslaved us.

Cinderella had to live with nasty step-sisters. Her life was devoid of loving relationships. One of the greatest consequences of our lost relationship with our Father is the relational dysfunction we all deal with. Broken relationships are just a part of life:


Cinderella's greatest pain goes beyond the loss of her Father. The depression of her situation is based on a situation more severe than her demanding step-mother or cruel step-sisters. All the bitterness of Cinderella's situation is compounded by her understanding that there is no hope for relief. She is destined to live out her days engaged in back-breaking work, without a father, without a friend, enslaved by a wicked woman, without love, and without hope.

We have dreams of things getting better, and sometimes, when we work hard or catch a break, they do. But only for a while.


Humans have forever had this grand idea that we can
fix the world if we just work a little harder at it. However, the more energy we put into it, the more broken it seems to be. All our efforts have international peace seem to have resulted in more war. Our attempts toward religious tolerance seem only to polarize the fundamental zealots. The more prosperity we experience in America, the deeper we go into debt. At some point, we all realize that we are like Cinderella. Things are not getting better, and no matter what we do, they aren't going to get better.

The same is true for us. Prince Jesus changes everything. When we give ourselves to him, he restores our relationship with our father.
Email Post