I Don't Have All the Answers, But I Can See One of the Problems

*This was originally written in 2011 and while the data may be a little out of date, the principle is still true in 2016.


I saw a commercial this morning in which Ed Schultz said something to the effect of, "I never imagined I'd see America like this. Wall Street is going through the roof and Main Street is footing the bill."

This is not an uncommon statement these days, and it seems to get a lot of traction. But is it true?

I decided to do a little research myself, and here's what I found.

The top 10% of all wage earners in America currently pay about 70% of the taxes in America. I would imagine the "Wall Street Barons" probably fit into the top 10%, yet it would appear they are footing 70% of the bill for America.

The top 1% of all wage earners in America currently pay about 35% of the taxes in America. To really understand what that means, think of it this way: The wealthiest 1% of Americans are not only paying their own way, each of them are also footing the bill for 35 other Americans who are paying NOTHING.


It would hardly seem that "Main Street" is footing the bill for Wall Street. In fact, the numbers would suggest the opposite.

One more stat. The top 50% of wage earners in America currently pay about 98% of the taxes in America. In other words, half of Americans are not footing any part of the bill... 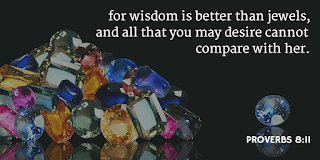 Here's the problem. When guys like Schultz use deceptive and inflammatory rhetoric, we are unable to address the real problems. By using words he either knows to be false (the alternative is that he's a lazy fact checker or an idiot), he is diverting people's attention from the real issues and is creating unnecessary divides between classes.

Yet we still have issues.

Unemployment is really high. Poverty continues to grow. Children are being neglected and abused. Families are falling apart. People are losing their houses. Soldiers are being killed. etc...

But none of these problems are going to be solved by pointing our fingers at "classes" of people and screaming that they need to pay their share...

I don't have the answers this morning. But I do know that dishonest journalism doesn't get us any closer.